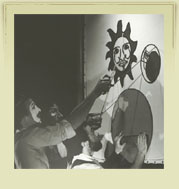 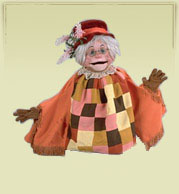 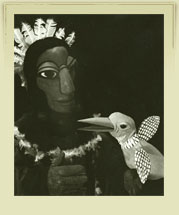 The exploration of new forms of puppetry that had begun in the 1960s intensified in the 1970s. Increasingly, puppeteers viewed puppets as tools designed to serve a performance and, with this in mind, no longer limited themselves to a single type (hand puppet, marionette or rod puppet, for example). Staging could effectively combine several types of puppets, or puppets and actors, and did not necessarily try to conceal the manipulator.

The influence of two American companies in the 1960s and 1970s is worth noting: the Bread and Puppet Theater, founded by the German Peter Schuman, and the Muppets/Henson Associates, created by Jim Henson. The Bread and Puppet Theater offered social criticism in productions aimed specifically at an adult audience. Using, among other means, giant puppets activated by several manipulators, this form of puppet theatre encouraged community participation. As a result, the audience gained a powerful theatrical medium and a social tool. Henson, on the other hand, transformed the traditional puppet by developing forms and techniques uniquely adapted to television. His famous Muppets, endowed with their large mobile mouths designed to bring close-up dialogue so vividly to life, invaded television screens the world over. This type of puppet became so popular that audiences frequently associate the art of puppetry with this televisual form.

In Quebec, the cultural effervescence of the period made the 1970s a particularly prolific decade for puppetry. A great many puppet theatre companies were formed, including the Théâtre de l'Avant Pays, the Théâtre Sans Fils, the Théâtre de l'Œil and L'Illusion, théâtre de marionnettes. Such companies were experimental, not only in creating new forms of puppetry, but also in seeking to develop a new repertoire adapted to contemporary social realities. It was the beginning of a flourishing new puppet theatre scene. Two artists would be particularly influential: Felix Mirbt and Pierre Régimbald.

In Nova Scotia, the Mermaid Theatre of Nova Scotia, a dynamic and innovative company was formed in the 1970s. In British Columbia, Coad Canada Puppets, founded in 1966, began to make its mark on the international scene.