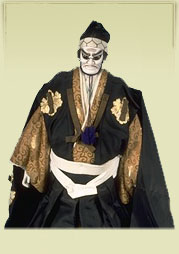 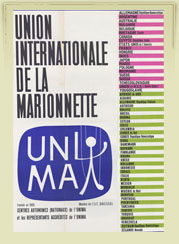 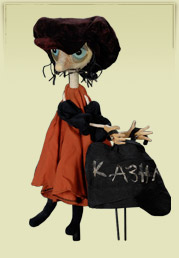 A gesture familiar to all children lies at the heart of puppetry: the wish to bring an inanimate object to life. What is it that triggers a child to make a doll talk or to stage a make-believe battle between two pieces of wood, turning them into warriors? We cannot fathom the complexities inherent in such a gesture but what we do know is, that in playing with dolls or animating action figures, children are re-enacting their own world and exploring their place in it. This exploration will be one of art's precious functions. And the art of puppetry, by giving life to inert forms, draws us directly into the mystery of life and creation.

It comes as no surprise, then, that the origins of puppetry dwell within the realm of the sacred: from puppets as ritual objects that are animated to evoke or even invoke supernatural forces, to movable statues that represent the gods during processions or ceremonies. The French term "marionnette" comes to us from the Middle Ages, where it implied statuettes of the Virgin Mary.

Puppets have long been a part of cultures worldwide. Our means of making them move and the functions we give them are myriad and have varied over time. Typically, puppeteers were itinerant, travelling from villages to fairs and, through their on-stage antics, frequently edging into the realm of social criticism. Puppets are also the storytellers of the great epics, in which a peoples's history and mythology merge. During some periods, audiences have looked down on puppets, viewing them as a minor art form, fit merely for entertainment. Other cultures recognize puppets as a highly refined form of art, dedicating specific venues for them as well as their own particular repertoire.

The international section of the Canadian Museum of Civilization's puppet collection illustrates some of the world's great puppet theatre traditions, placing Canadian puppet theatre within its wider context.