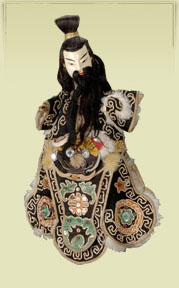 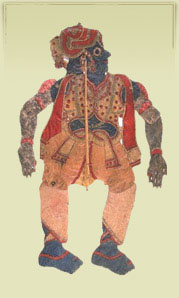 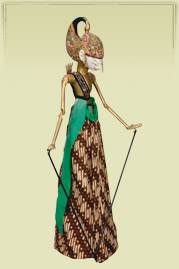 In Asia, puppetry is more than a thousand years old and, in most cultures on the continent, has become highly refined. Many traditional theatrical forms incorporate secular and spiritual dimensions by combining entertainment and the lessons of myths and doctrines. India and China are considered the cradle of several Asian puppetry traditions. The two mythological Hindu epics and important Indian literary works, the Mahabharata and the Ramayana, form the foundation of the repertoire for a great deal of Asian puppetry. India's influence is felt within the puppetry traditions of Burma (now Myanmar), Thailand, Cambodia, Malaysia, Java and Bali. The influence of Chinese puppetry traditions, which are more secular, stretches to Korea (now North and South Korea), Japan and Vietnam.

Western puppet theatre of the twentieth century was greatly influenced by several Asian theatrical forms, which Europe discovered (along with many other cultural revelations) during the great turn-of-the-century world's fairs. Rod puppets, now widespread, come from the impressive Javanese tradition, while the Bunraku theatre of Japan, which uses a particular method of manipulating puppets in full view of the audience, introduced a new manipulator/puppet relationship, if not a new concept of theatrical performance.

Java and Bali possess a rich puppet theatre tradition. Two of the most important are the wayang kulit, a shadow theatre found in both islands, and the wayang golek, a form of rod puppet theatre specific to Java.

The stories presented in the wayang kulit are, in large part, drawn from the Mahabharata and the Ramayana. The repertoire of the wayang golek also includes stories influenced by Islamic tradition. Noble princes and princesses, gods, demons and wise clowns populate the numerous episodes, which feature lively battles, love poetry, lessons in philosophy and comic antics, as well as satirical commentary on current local events. The dalang, a highly respected artist, is the undisputed master of this theatre. He animates the shadow figures or the puppets, chants stories and poems (lending each character a different voice), improvises jokes and directs the gamelan, or gong orchestra. Traditionally, wayang spectacles are staged at events marking important life transitions, including births, weddings and funerals. Such performances, attended by both children and adults, usually begin at sunset and may continue through the night.

The Bunraku of Japan

Bunraku is a highly refined theatrical form that developed in Japan, beginning in the seventeenth century. Majestic dolls, measuring up to 145 centimetres (5 ft.), are animated in full view of the audience by three manipulators who must synchronize their movements and gestures perfectly. The art of Bunraku lies in making the puppets' movements so lifelike that the spectator forgets the presence of the manipulators. While the puppets act out the play, a narrator seated near the stage tells the story, gives voice to the characters and recites the poetic text. A musician accompanies the narrator on a three-stringed shamisen, enhancing the dramatic effect.

The Bunraku repertoire, composed primarily of pieces written by the dramaturge Chikamatsu, is aimed at an adult audience. These classical dramas - peopled with eighteenth-century samurai warriors, aristocrats or burghers - frequently include a tragic denouement, in which heroes are forced to choose between love and honour, passion and duty.